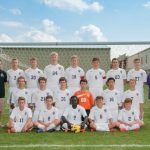 The boys and girls soccer teams have both won their first round sectional matches. 5 Eagles players found the net, Monday night, on the way to defeating South Bend Career Academy 5-0. Evan Jachimiak began the scoring, followed by Caleb Walters, Nathan Karlik, Michael Warren and Evan Hartman. With the win, ECA will see semi-final 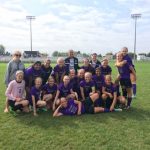 It has been a record breaking season for our girls soccer program. On Saturday, September 24 the Lady Eagles defeated South Bend Riley 7-0 to earn their 10th win and break the school record for most wins in a season. Mary Reddy led the way with 4 goals and 2 assists while Kaitlyn Shoemaker added 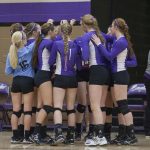 The Eagles are off to a great start. All 5 Varsity sports walked away from Tuesday night’s competition, victors. Cross Country started off the night with a 1st-6th place finish for the boys and a 1st-5th place finish for the girls. They were perfect with team scores of 15. The boys were led by Garrett McKee, 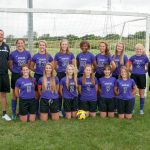 With a loss to the eventual Sectional champion Westview HS on 10/6, the Lady Eagle soccer season came to a close. The girls fought hard this season to overcome a lack of numbers, lack of experience and multiple injuries. Coach Sean Addison says, “On a team of 13, when 11 play at a time, everybody

After a trying start to their season, Lady Eagle Soccer defeated Trinity 2-1 on Saturday. The Lady Eagles started their season with only 7 eligible players due to injury. The team has poured their hearts into training and working hard to improve their skills while waiting for their teammates to one by one be released

No Events This Week

Events are added by athletic staff.
View All Events