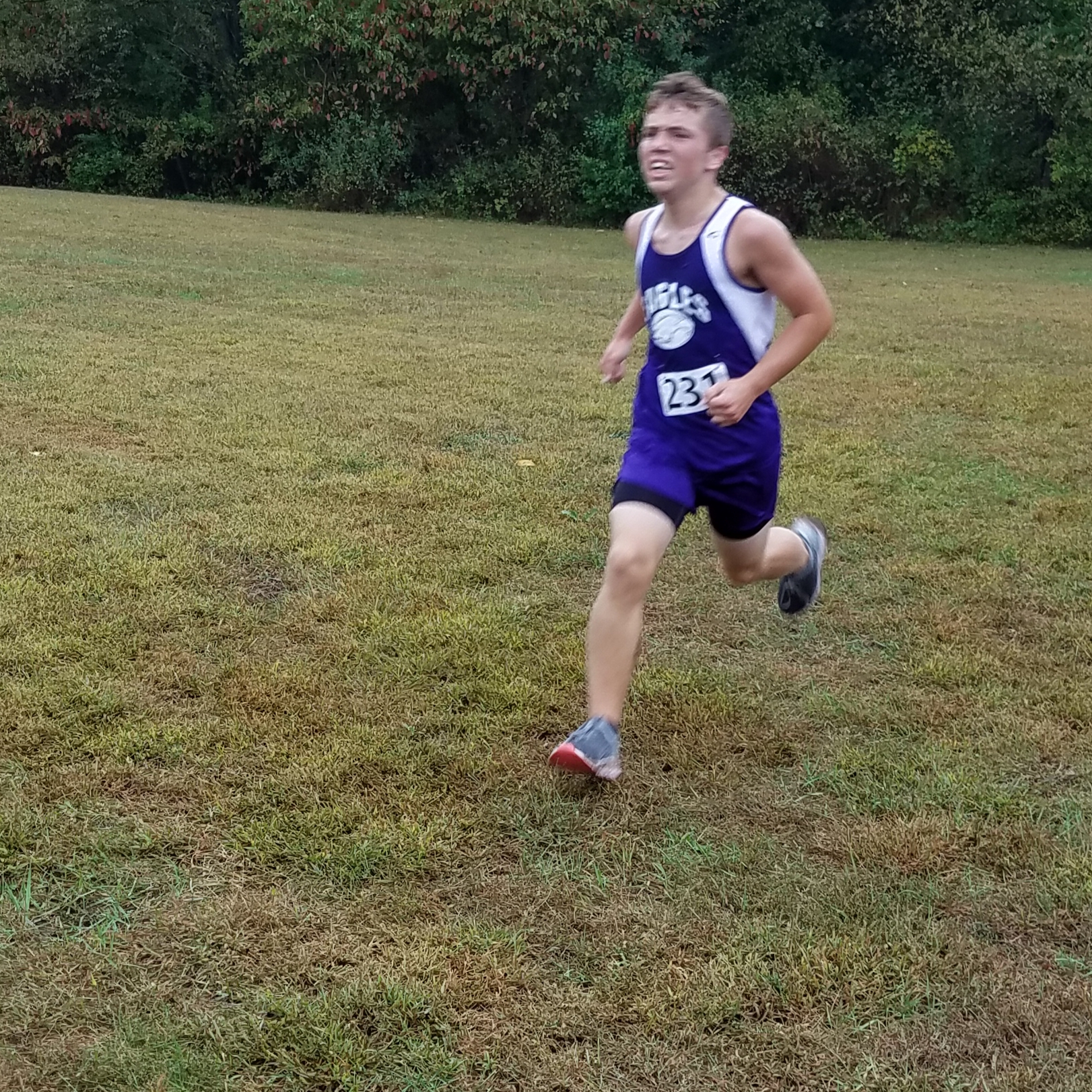 Monday night the ECA Boys Middle School Cross Country Team finished their regular season competing against LaVille MS, South Bend Career Academy and Argos MS. The Eagles took 1st, 3rd and 5th places overall. In a display of true “middle school boy-ness” 7th grader Owen Gorsuch ran out of his shoe at the beginning of the race and continued to run the next 3k with only one shoe! In the final kick at the finish line, while fending off a pursuer, Gorsuch’s other shoe flew off, leaving him to sprint 30 yards with one mud stained and one grass stained sock. Gorsuch was a late add to the team, after sustaining an injury which prevented him from finishing out his soccer season. Despite coming in half way through the season his determination, good nature and humble spirit have made him a valuable asset to the team. The boys team will next run on Saturday at the Carmel invitational.